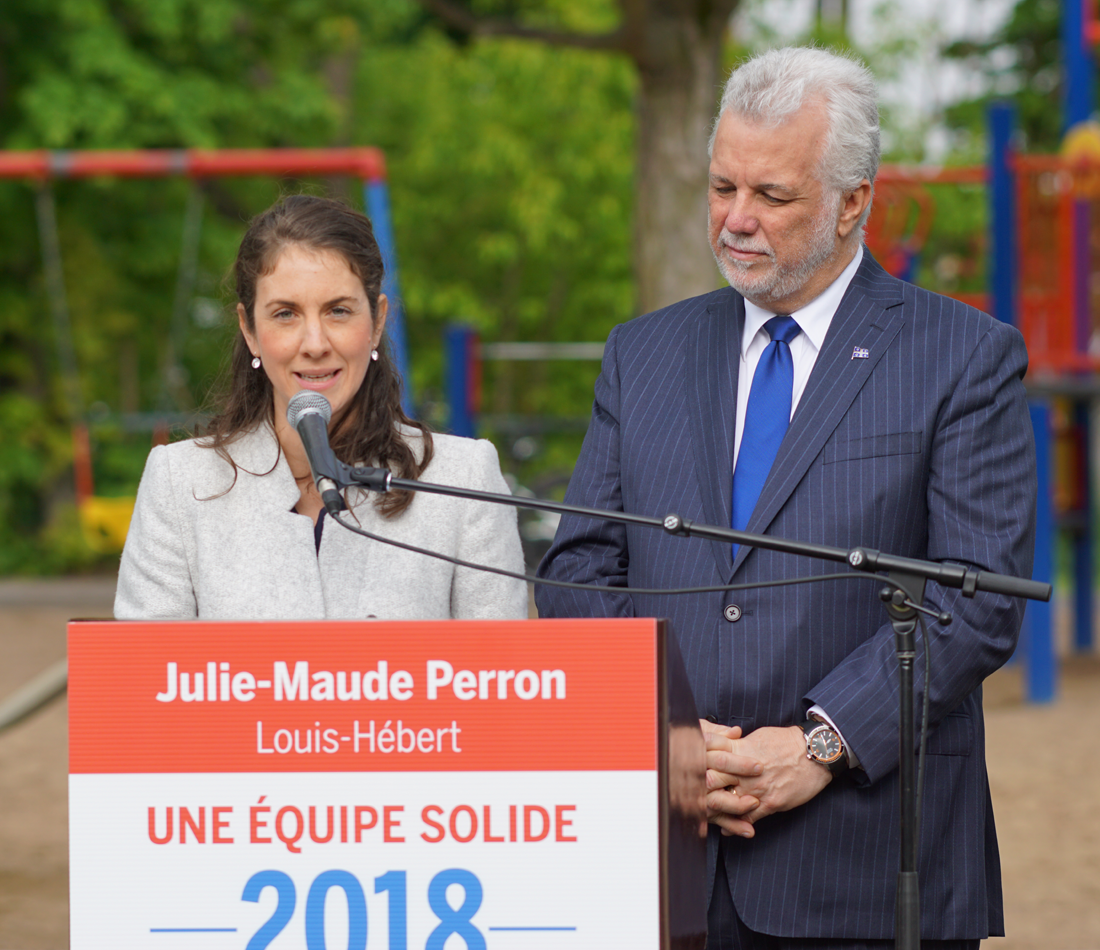 Julie-Maude Perron, a lawyer at the Autorité des marchés financiers, will be the Liberal candidate for Louis-Hébert

Québec City, June 6, 2018. – It is with great pride that Philippe Couillard, Leader of the Quebec Liberal Party and Premier of Québec, announced the nomination of Julie-Maude Perron as official candidate for the QLP in the riding of Louis-Hébert for the 2018 general election.

Julie-Maude Perron was born and raised in Québec City. Five years ago, she decided to settle and start a family with her husband in the riding of Louis-Hébert, in Cap-Rouge. Passionate about law, she holds a Bachelor of Law degree and a Specialized Graduate Diploma in Business Administration from Université Laval. She is also a member of the Barreau du Québec. For several years, Julie-Maude has been involved in various community causes related to sports, health and the arts. She founded Cercle 179, the Fondation du Musée National des Beaux-Arts du Québec’s group of young philanthropists, which she also chaired for five years. Her career and involvement in the community make her the ideal representative for the people of Louis-Hébert.

I am involved in public service through my work, but I have a deep desire to contribute more. I want to make a difference and help things move forward. In fact, I feel that I could do a lot of good by representing young families, professionals, workers, and people from my generation in the context of tomorrow’s challenges.

Note that the Liberal government has balanced our public finances to give us the means to invest more in our priorities. Since May 2014, more than 224,800 jobs have been created in Québec; the unemployment rate has been at an all-time low for several months; over one million Quebecers now have access to a family doctor; taxes have decreased; and major investments have been made, particularly in health and education.

Julie-Maude is deeply involved in her community and determined to make a difference in the riding of Louis-Hébert. We are proud to be able to count on a candidate of this calibre. We had the best team in 2014 and will have the best team in 2018, as today’s nomination shows once again.

The nomination of Julie-Maude Perron in the riding of Louis-Hébert is good news for the Capitale-Nationale region. Her involvement in public service and her desire to represent all of the riding’s residents make her an exceptional candidate for the 2018 general election. I am proud to welcome this young community-minded professional to our team and our political party.

– Sébastien Proulx, MNA for Jean-Talon, Minister of Education, Recreation and Sports and Minister responsible for the Capitale-Nationale region

The QLP will proceed with more nomination in the coming w... 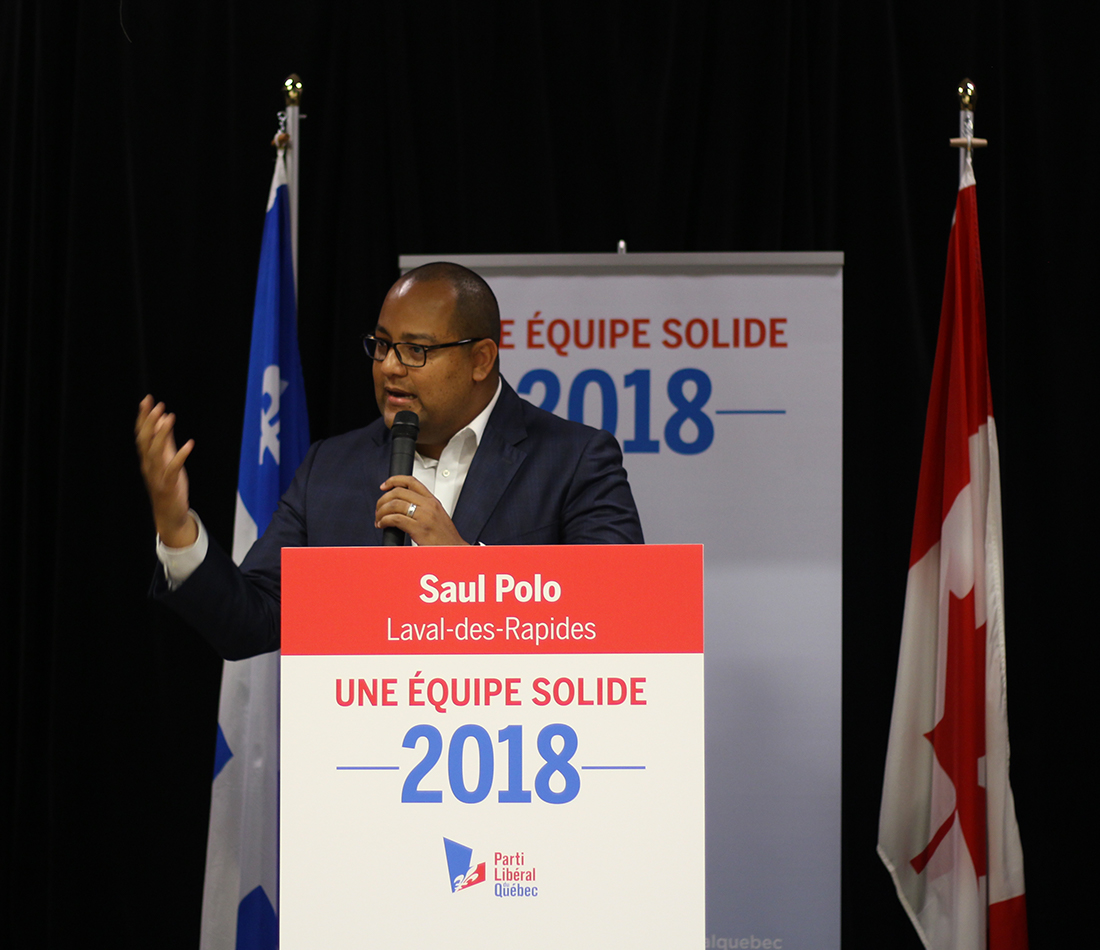 Saul Polo, Liberal candidate in the riding of Laval-des-R... 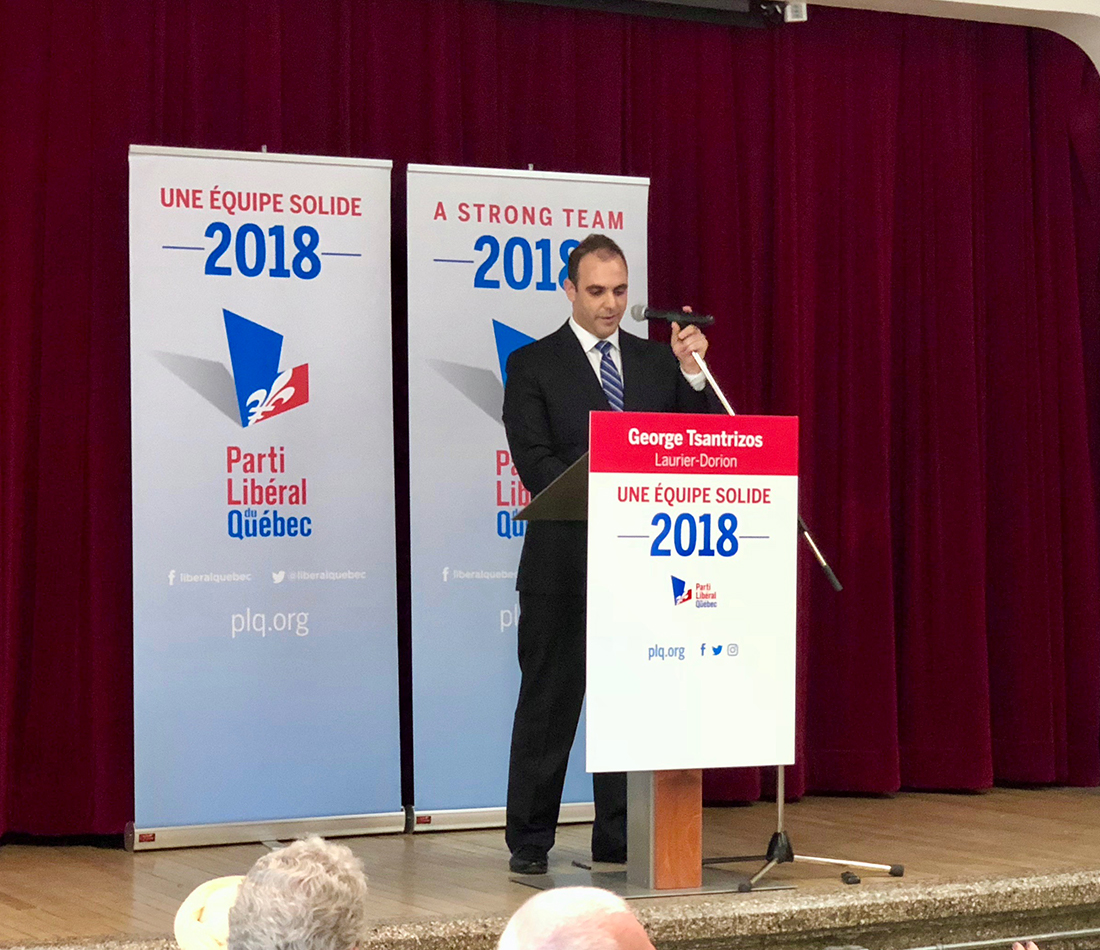 George Tsantrizos, Liberal candidate in the riding of Lau...