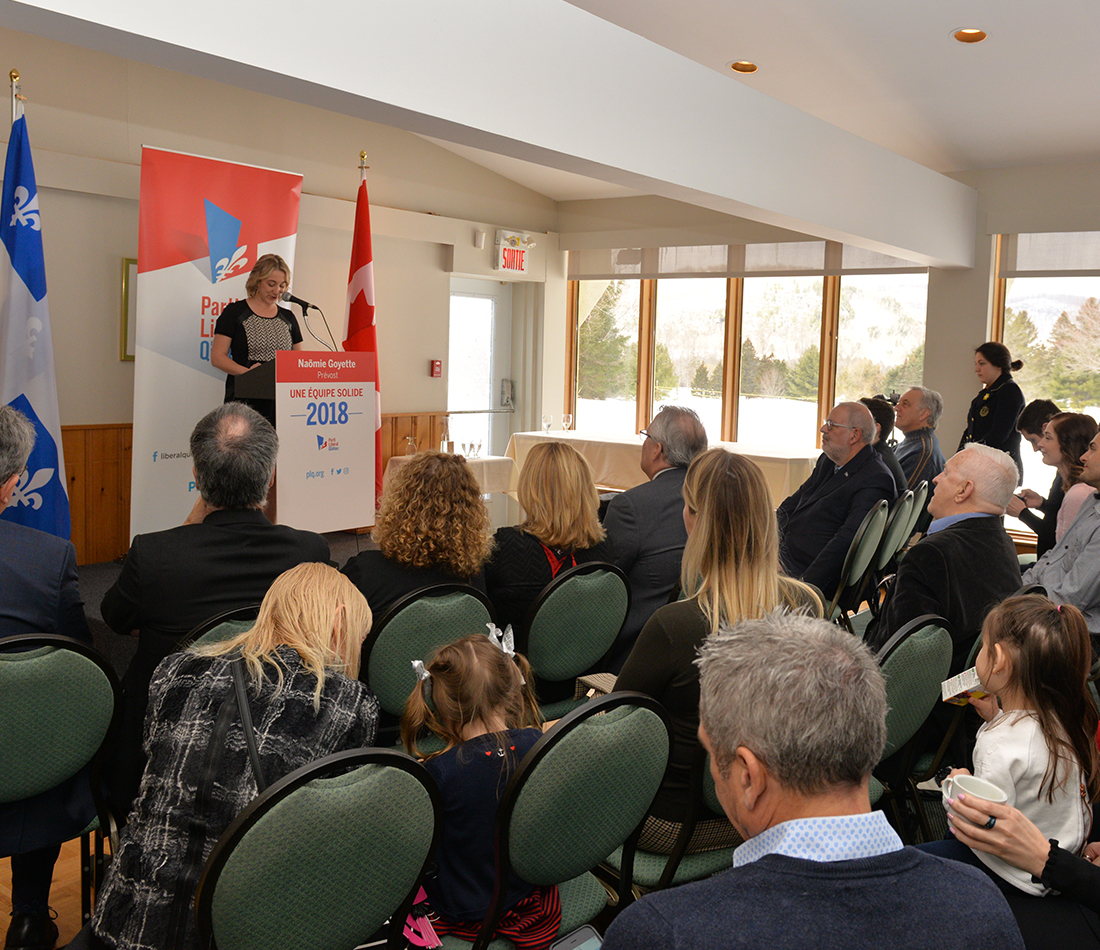 Naömie Goyette, Liberal candidate for the riding of Prévost

Piedmont, April 8, 2018. – Surrounded by many party members and supporters, Naömie Goyette was nominated as the official candidate for the Quebec Liberal Party (QLP) in the riding of Prévost for the upcoming 2018 general election.

Education is the main reason why I decided to get into politics. My daughter is three years old. She will enter kindergarten in two years and I want her—as well as all children of Quebec—to attend an elementary school and high school that reflect our values and meet our needs.

Naömie Goyette speaks three languages and holds a Bachelor’s in Administration from the University of Madrid, a culinary diploma of vocational studies from the École Hôtelière des Laurentides, and a technical diploma in restaurant and hotel management in Montréal. She has worked in the food service and hospitality industry for over 15 years and has managed a catering service since 2011 as well as her own restaurant since 2013. Community involvement is a matter of great importance to her. This is why she became the Secretary and then the President of the Chamber of Commerce of Saint-Adolphe-d’Howard. It is also why she is closely involved with Le Book Humanitaire, an organization in the Laurentides whose mission is to help highly vulnerable people. In addition, she has been the Honorary President of the Canadian Cancer Society of the Laurentides as part of the Daffodil Campaign since 2017.

The Liberal government has balanced our public finances to give us the means to invest more in our priorities. Since May 2014, over 238 600 jobs have been created in Quebec; the unemployment rate has been at an all-time low for several months; over 1,000,000 Quebecers now have access to a family doctor; taxes have decreased; and major investments have been made in health and education, in particular.

I have always lived in the Laurentides. This is my home. As a citizen, entrepreneur and mother, I know our needs well and it’s why I decided to do more, since I have the expertise, tools, energy, determination and above all, the team, to do it. I can do more and I will do more for the riding of Prévost and for the Laurentides. 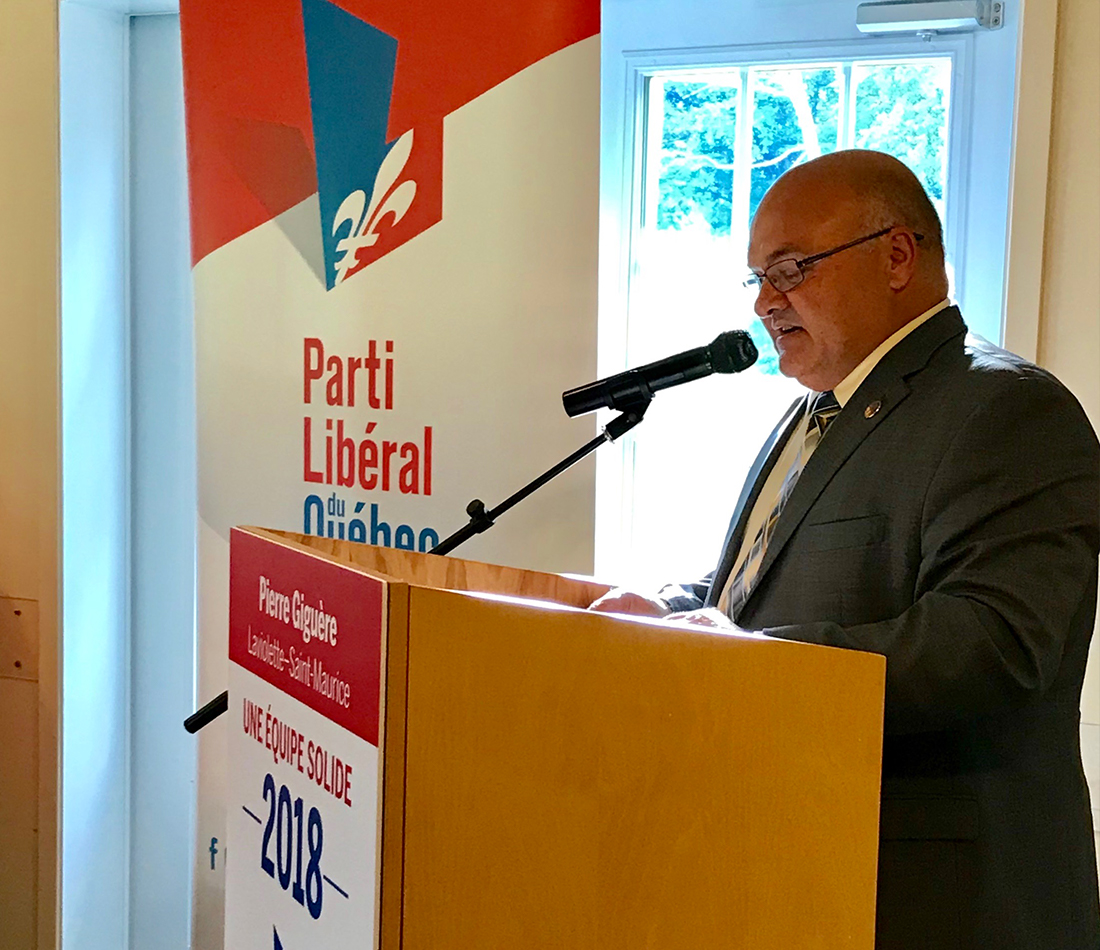 Pierre Giguère, Liberal candidate in the new riding of La... 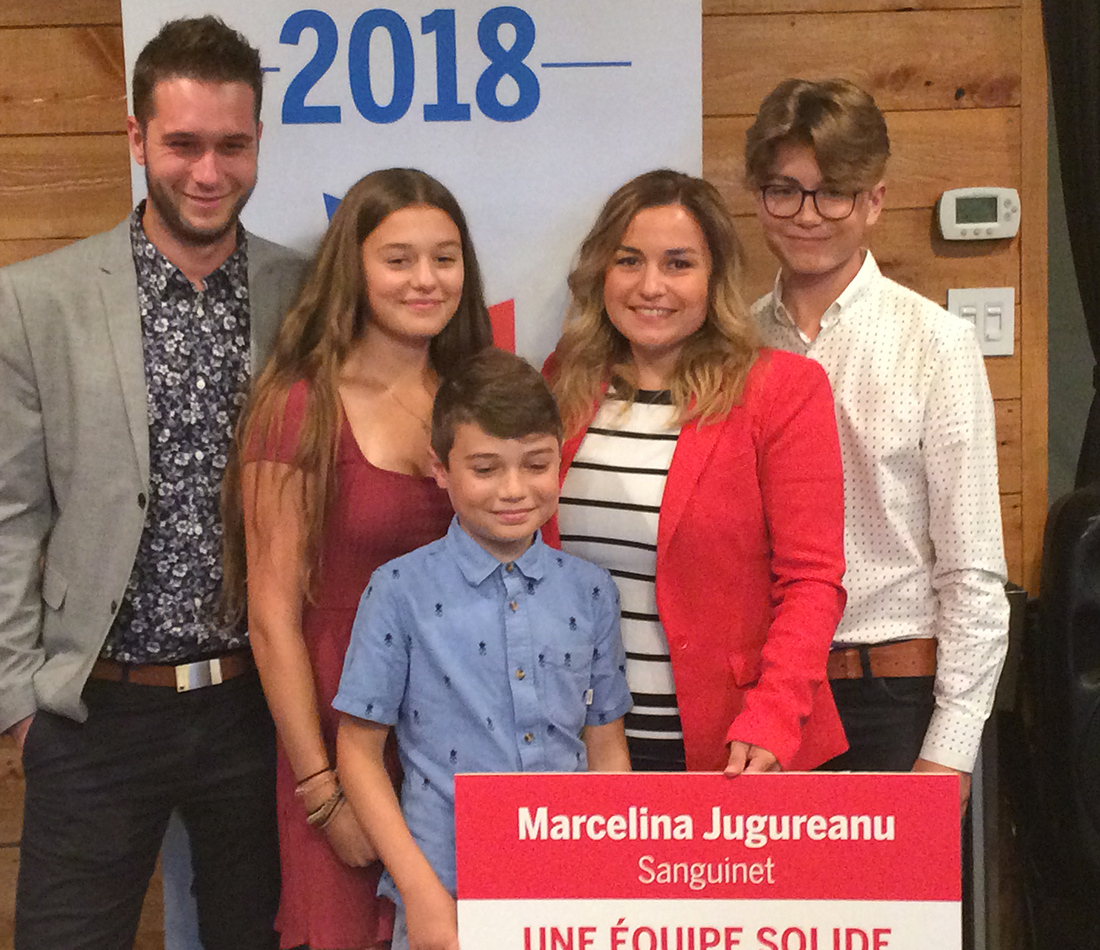 Marcelina Jugureanu, liberal candidate in the riding of S... 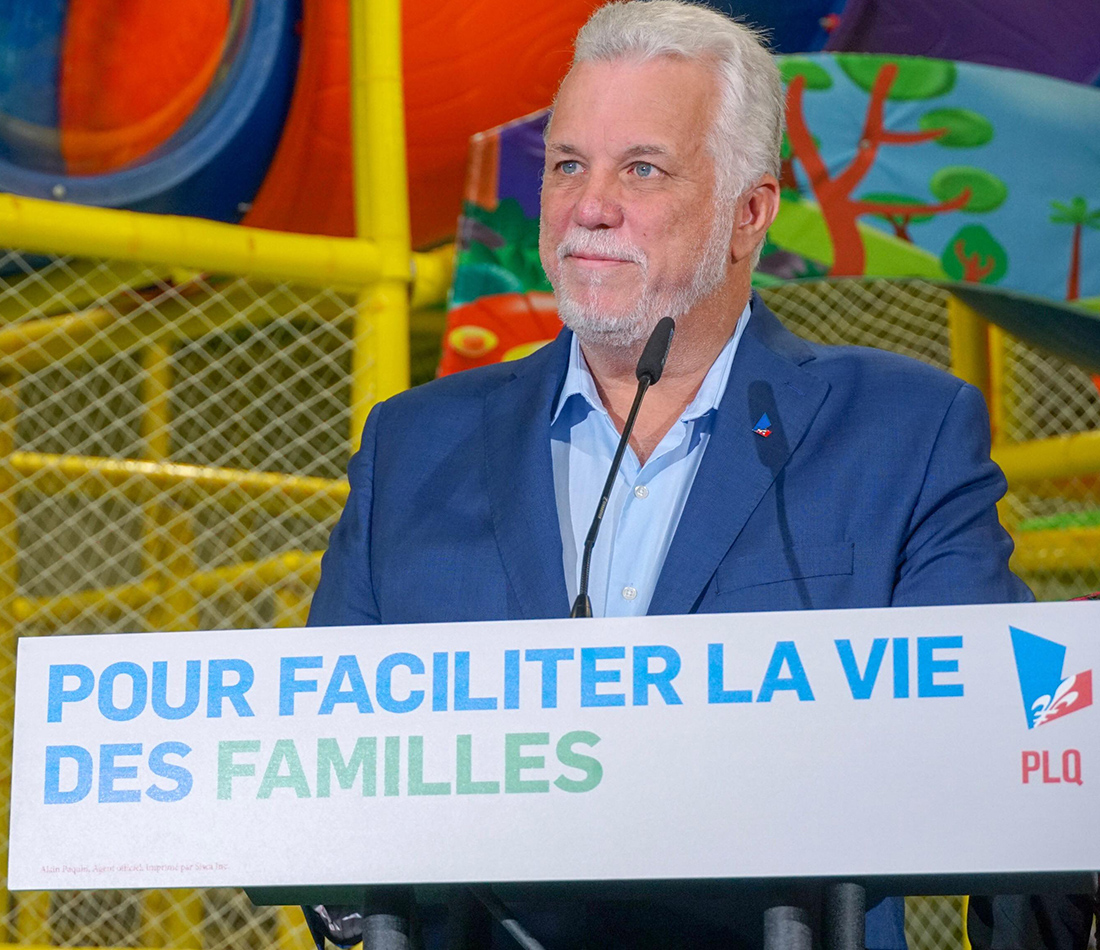